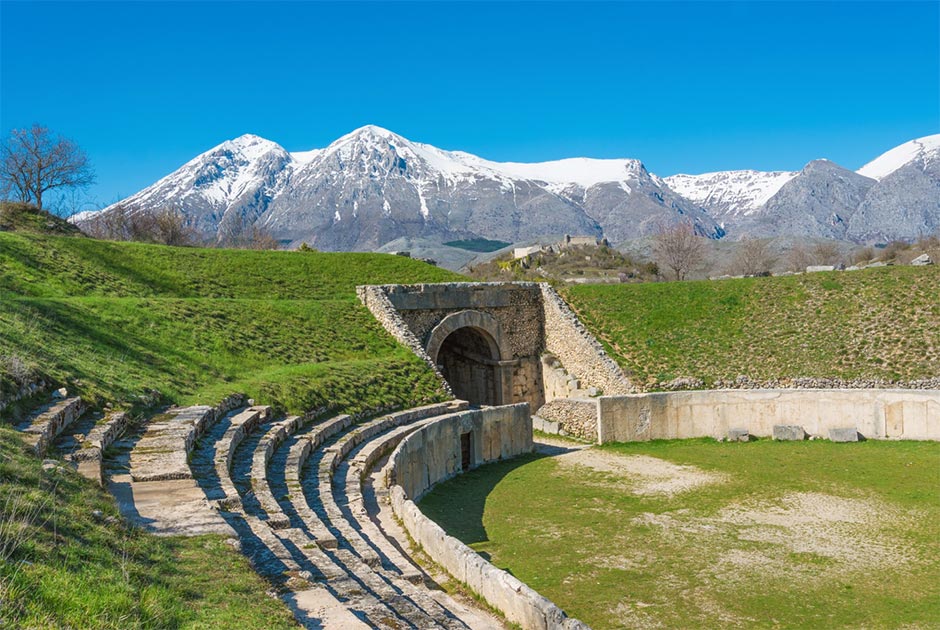 Italy is visited by millions of tourists each year for its many remarkable ancient ruins, fascinating heritage sites, incredible food, and beautiful countryside. Because there is such an abundance of historical locations to visit, many sites are not as well known. One of these is Alba Fucens, which contains some of the finest early Roman ruins in Italy. This once a bustling town at the foot of Monte Velino was largely destroyed by marauding pirates in the Middle Ages .

The History of Alba Fucens

The town which once stood on this site was ancient. It was founded by the Aequi, a tribe who lived in the area before the establishment of Rome. They were a hardy mountain people and were among the most implacable foe of the Early Roman Republic .

Alba Fucens, originally a hillfort, was finally conquered in the Third Samnite War (298 to 290 BC). The area was occupied by the Romans who sent citizens to colonize the town, although the Aequi were given many rights. During the Second Punic War (218 to 201 BC), the city refused to send soldiers to help in the war against Hannibal and it appears that the population of the town was punished.

Alba Fucens prospered during the Social War (91 to 88 BC), when many Italian allies revolted against Roman rule since they stayed loyal. By this time the town was losing its Aequi culture and was increasingly Latin in culture and language.

As Alba Fucens was located in a very strategic position, it was fought over during the many civil wars. These eventually led to the fall of the Roman Republic in the First Century BC. Reports in primary sources state that the hill-top town was used to hold captured foreign kings .

Based on archaeological evidence found at the site, Alba Fucens prospered in the Imperial period (27 BC to 476 AD). Following the fall of the Western Roman Empire, the town became part of the Ostrogothic and Lombard kingdoms.

From the 9 th century AD, Arab pirates and raiders, known as the Saracens, were ravaging the coasts of Italy and conquering territories. As they became more brazen, they ventured inland. In the 10 th century they attacked Alba Fucens, destroyed it, and enslaved much of the population. The town was almost completely depopulated and entered into a period of decline. 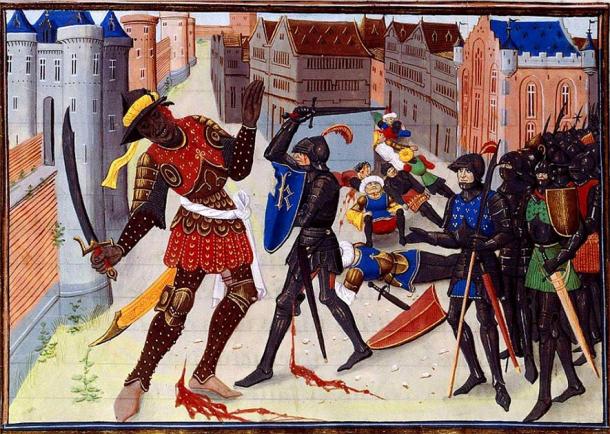 Alba Fucens was completely abandoned when the survivors established the nearby town of Massa d’Albe. Belgian archaeologists investigated in the mid-20 th century and did much to conserve the ruins.

The Remains of the Once Prosperous Alba Fucens

The abandoned town is located in Abruzzo, Central Italy, in a mountainous region with many historic sites. Despite its sack by the Saracens there are still spectacular ruins to be seen. The remaining town walls, roughly 2 miles (3.2km) long, encircle the site and are among the best-preserved in all of Italy.

According to inscriptions, the amphitheater was built by the Praetorian prefect Naevius Macro. The circular structure , with tiers of seats encircling an open space, afforded the crowd a great view of the games held here. The remains of this once popular venue and its original entrance stand as a testament to the durability of Roman construction.

The foundations of many private and public buildings are still visible, including Alba Fucens’ original market and the columns located in this area. The thermal spa is very impressive with its mosaics, and what would an ancient Roman city be without its shrines, these one dedicated to Hercules, Isis and Apollo. Or a partly standing Roman wine bar, sadly no longer trading. Studies have shown that their sewage system was unique and one of the most sophisticated ever found from the Roman period.

On the hill above the abandoned town stands the Church of San Pietro which has an interesting blend of Romanesque and Byzantine motifs and designs and dates back to the 12th Century. Stones and columns from the Temple of Apollo were used in its construction. San Pietro’s apse is much admired as are several mosaics in the church. From this higher vantage point, ancient page shrine and remining stones that once belonged to the Temple of Apollo are visible. A castle ruined in the 15 th century during the French invasion of Italy is close to Mount Velino. 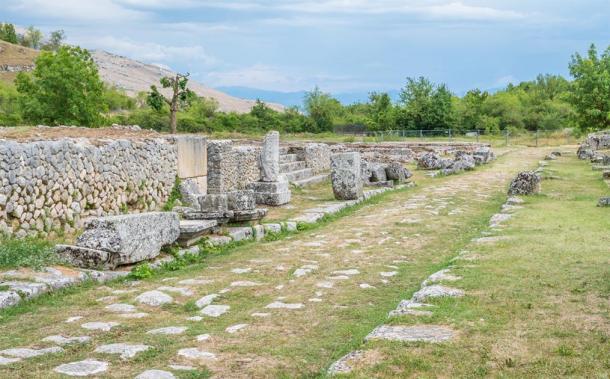 How to see Alba Fucens

Alba Fucens is in Abruzzo, approximately 50 miles east of Rome. The site is not far from the town of Massa d’Albe and there is a car park adjacent to the site. Admittance is free.