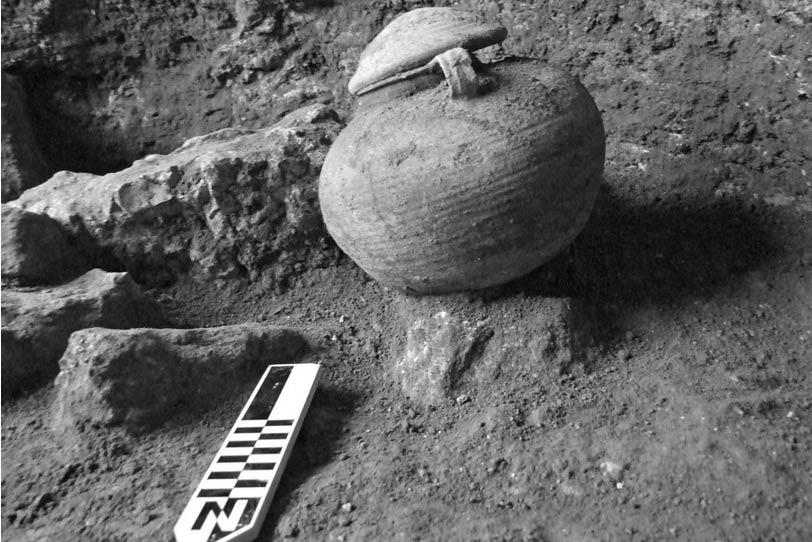 The remains of an ancient Roman soldier have been found in a 1,700-year-old cooking pot at a huge Roman camp in Israel. Archaeologists suggest that the camp is the only full-scale Roman legionary base ever discovered in the East.

Only Roman Legionary Base Found in the East

An enormous gate and dedicatory engraving in Latin are among the finds uncovered at the immense Roman military cantonment found at Legio, near Tel Megiddo in northern Israel. As archaeologists suggest the impressive gate led to the principia or headquarters. “The Legio camp is the only full-scale imperial Roman legionary base found so far in the eastern empire,” Matthew J. Adams, director of the W.F. Albright Institute and co-director of the dig, told Haaretz . However, he added that taken into account the vast area the Roman Empire covered, it’s just a matter of time for other major bases to be found in the east. 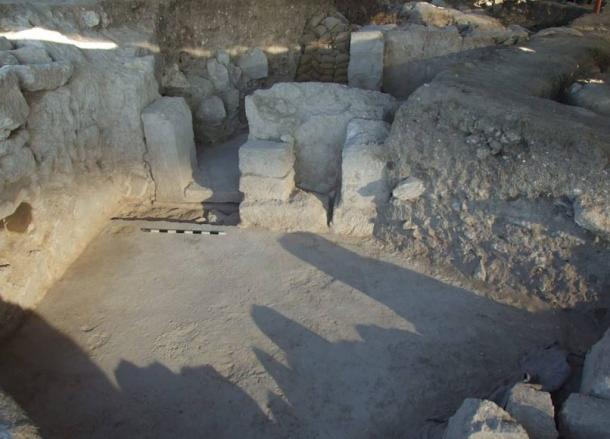 The base was about 300 by 500 meters in area and dates back to the second and third centuries AD. It served as a residence for the legendary Legio VI Ferrata (The Sixth Legion), also known as the “Ironclads.”  The Sixth Legion was raised in Cisalpine Gaul in 52 BC by Julius Caesar. It served him during his tenure as governor and fought at the Siege of Alesia, before being stationed at Cabillonum in 51 BC and then suppressing a revolt of the Carnutes at Cenabum (Orleans) in 50 BC. In 49 BC it was transferred to Spain to fight in the civil wars, where it earned the title “Hispaniensis” after fighting at Ilerda.

It continued in existence into the 4th century AD. After the legion fought in the Roman Republican civil wars of the 40s and 30s BC, it was sent to garrison the province of Judaea and remained there for the next two centuries. “The Sixth Roman Legion Ferrata had a great and bloody history going back to the days when Julius Caesar first recruited it in northern Italy,” Barry Strauss, professor of History and Classics at Cornell University tells Haaretz . And adds, “The legion fought in some of Caesar’s most famous battles in what are today France, Greece and Turkey, including the victory that Caesar immortalized with the words, ‘I came, I saw, I conquered.'”

The Legion was also known as “Fidelis Constans,” meaning “loyal and steadfast”. It is unclear when this title was given, but several historians suggest that it may have been in the 1st century AD. The symbol for Legio VI Ferrata was the bull, while it also carried the symbolic she-wolf with Romulus and Remus. 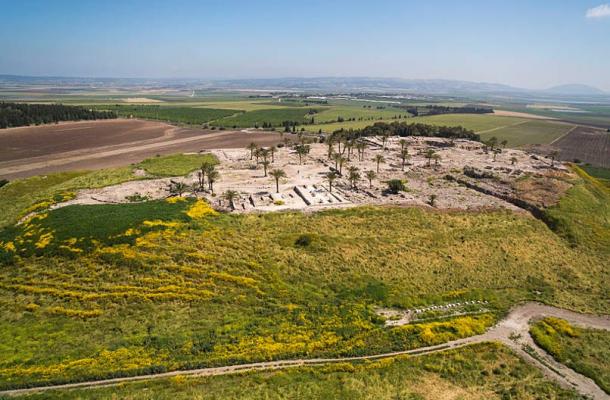 Megiddo, or Tel Megiddo, is the site of an ancient city in northern Israel’s Jezreel valley. ( CC BY-SA 2.0 )

Excavations in the Area

Until the 20th century, the exact location of the camp of the Sixth Legion had not been confirmed, but textual evidence placed it in the Jezreel Valley. Studies conducted by Israeli archaeologist Dr. Yotam Tepper of Haifa University, identified Roman remains in the region, including coins and roof tiles stamped with the name of the Sixth Legion. In 2010 and 2011, Dr. Tepper teamed up with the Jezreel Valley Regional Project and the Center for Research and Archaeology of the Southern Levant. Together, they performed a ground-penetrating radar and Electromagnetic survey of this area and published their results.

With the results of those surveys the archaeological team decided upon the best areas for excavation during the 2013 field season. The excavation of the site took place from 2013 to 2017 and was led by Dr. Tepper and the Israel Antiquities Authority. In 2013, the team excavated the Legio VI Ferrata camp, uncovering defensive earthworks, a circumvallation rampart, barracks areas and artifacts including roof tiles stamped with the name of the Sixth Legion, coins and fragments of scale armor. 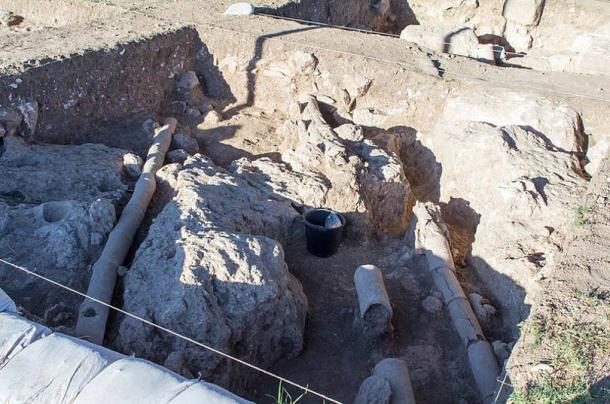 The excavation works have undoubtedly provided a vast amount of information about the Roman military and its presence in the region. Archaeologists have also made some particularly important discoveries in what were the military latrines, where they unearthed coins, glass, animal bones and pottery. “This is where much of the garbage of the camp inevitably ended up,” Matthew Adams tells Haaretz .

Remains of a Roman Soldier Unearthed

Interestingly, the archaeological mission also discovered a man-made cave dug inside the Legio base. There, they spotted a Roman cooking pot which contained the remains of a cremated human, most likely an ancient Roman soldier. “Cremation burials in cooking pots were a common practice among Roman soldiers at that time. We found this kind of burial all around the site,” a not overly surprised Dr. Tepper told Haaretz .

“Finding one’s final resting place in a cooking pot was not atypical of Roman burial practices at other Roman military sites, in Israel and around the Mediterranean,” Dr. Tepper added.

Furthermore, during the 2013-2015 excavation seasons, the archaeological mission uncovered large numbers of ceramic roofing tiles bearing the mark of the Sixth Ironclad Legion, and even some bearing the footprints from the legendary legionnaires’ sandals. Other than fragments of scale armor, the researchers also found hollow headed nails that had been attached to the soldiers’ sandals, clay pipes, sewer channels, and many buildings, all of which attest to the high level of planning at the site as Haaretz reports .